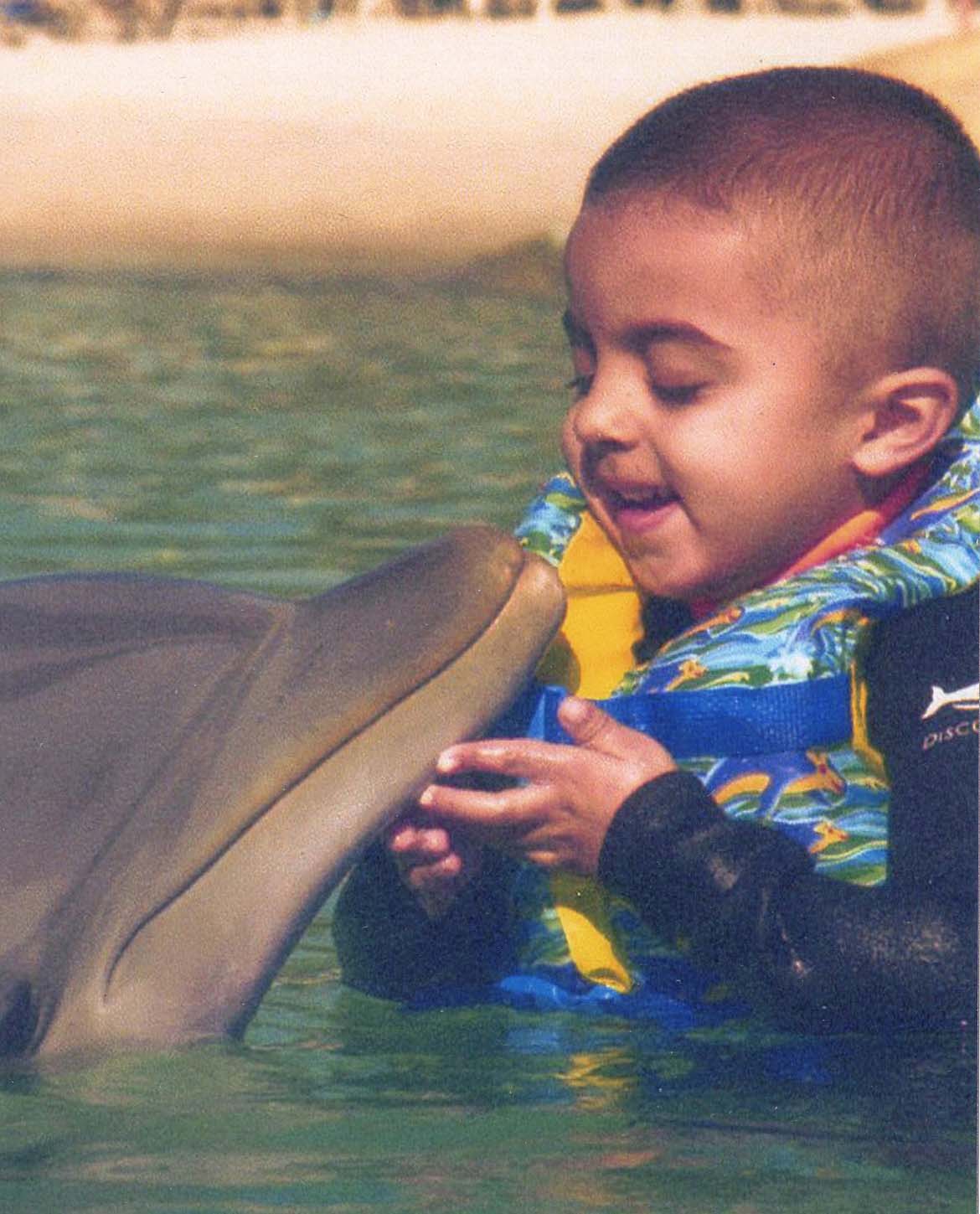 The following was excerpted from a letter from Isaiah’s aunt, Sandy Daneault –

Though he is only 6, Isaiah Gomez has already gone through more difficulties than anyone  that young should have to face.  In mid-2002 Isaiah, at the tender age of 4, was diagnosed with Duchenne Muscular Dystrophy – one of the most serious forms of the disease.  A scant 6 months later his mother died in an automobile accident.  After his mother’s death, Isaiah’s grandfather, a former Manchester firefighter, and his aunt, Sandy Daneault, were granted permanent guardianship.

On the surface you wouldn’t know that Isaiah is facing a terminal illness – he’s just a 6-year old kid who loves to laugh and play, still very much a kid.  In December 2003 Isaiah was the recipient of a Make-a-Wish Foundation grant that took him and members of his family to Discovery Cove.  There, on his birthday, Isaiah had the wonderful experience of being able to swim with the dolphins.  this experience was extra special for him as dolphins had been his mother’s love.